You might have heard of Stoicism, or you might not. If you did, there is a good chance that what you perceive about Stoicism is not what you would learn if you read A Guide to the Good Life by William B. Irvine.

But whether your knowledge of Stoicism is the same as the author’s is also not that important to you. What you would be interested, however, are the principles, regardless of the -ism, that would help you live a better life, whatever you take better to mean.

And there are 2 Stoic foundational practices that I think you would be interested to learn about and to apply. I have been using them unaware they are also part of Stoicism.

Let’s start with the first one.

Members of the first group, those that we have full control over, are things internal to us: our personal desire, focus, emotion, direction, and so on. As animals we are, there are certain desires such as lust and greed that we aren’t quite in full command all of the time. But since they are within us, we can grow to have more and more control over them. And by control I don’t mean suppressing them, but to manage them, to guide them towards the destination we want to reach, such as a tranquil state of mind.

The second group comprises things we have some but not all control over, as they are also influenced by other people. You have tried your best to win the competition, but whether you would ultimately win or not depend a lot on you, and also on many other things, including your competitors. You always pay special attention to your health, but whether you’d be having a stomach ache or a broken leg once in a while aren’t entirely within your control. You always try to be a nice guy/gal but what some people think of you may sometimes be surprising to you. We’re simply living in a world of many mysteries yet to be understood, of many external forces yet to be reconciled. And while we should try to make a positive change to the things we believe need to be changed, the outcome is not something to fret over when it doesn’t go our way. Our quality of life would be much improved if we choose to set the yardstick of success based on internal efforts, rather than external results. (An astute reader would then ask: how do I know I have made “enough” efforts?)

The third group is made up of things that are for the most part beyond our influence. Whether it will rain tomorrow or not is not going to be a lot affected by your interest, or my interest. Whether your neighbour 10 doors away would buy a new car or not is going to happen without your approval. Whether there would be enduring peace in the world is not going to depend, with a very high likelihood, on my wishes, or your wishes.

The world at the current stage is so closely connected that it would be a misjudgement to say that there is something that isn’t affected by your decisions, by your actions. But to realize also that there are many things whose outcomes are beyond your influence at this very moment is going to help you keep your peace.

Before we move to the next Stoic practice, it’d be missing not to clear some of your doubts. It’s not that we should not try to change the world, but rather would should first try to change ourselves, by re-setting our measurement of success, before we proceed to change the world. The bigger our ambitions, the more setbacks and obstacles we are going to face. And by focusing on the efforts, rather than the result, we can save ourselves from unnecessary disappointments; by focusing the energy to expand our control over our actions and reactions instead of worrying over what external events can happen to us, we can grow to be more relaxed and at peace while simultaneously poised and ambitious.

Let’s move on to the next practice of the Stoics.

I see this as an application of imagination to the realm of happiness. Right now I’m sitting on my desk writing this essay but I could have instead been sick, homeless and wandering on the streets. Even worse things could have happened to me, because the many things that lie beyond my circle of influence could have gone wrong. The ability to imagine the possible worse outcomes help me appreciate whatever I’m having.

It may appear contradictory, but it’s possible to reconcile the desire for growth with a self-satisfaction in the present. We’ve just got to persist in asking why enough times until we discover what’s really important for ourselves, and let go of the others. (Again, I would be getting ahead of myself trying to delve into it here. Some other time.)

From my experience, there is a similar kind of negative visualisation a lot people have found to be useful: to contemplate on the eventual end of our life: death. This is especially effective to help us overcome fears. And Steve Jobs said it so well:

.. almost everything – all external expectations, all pride, all fear of embarrassment or failure – these things just fall away in the face of death, leaving only what is truly important. Remembering that you are going to die is the best way I know to avoid the trap of thinking you have something to lose.

I hope you would gain new insights by practicsing the 2 Stoic techniques we’ve discussed.  A Guide to the Good Life: the Ancient Art of Stoic Joy with many valuable insights and illustrations is definitely a good read, especially if a high quality of life is top on your list of life goals.

And let me end this post by quoting the parting words of the author, words that I think we all should take some time to reflect on. 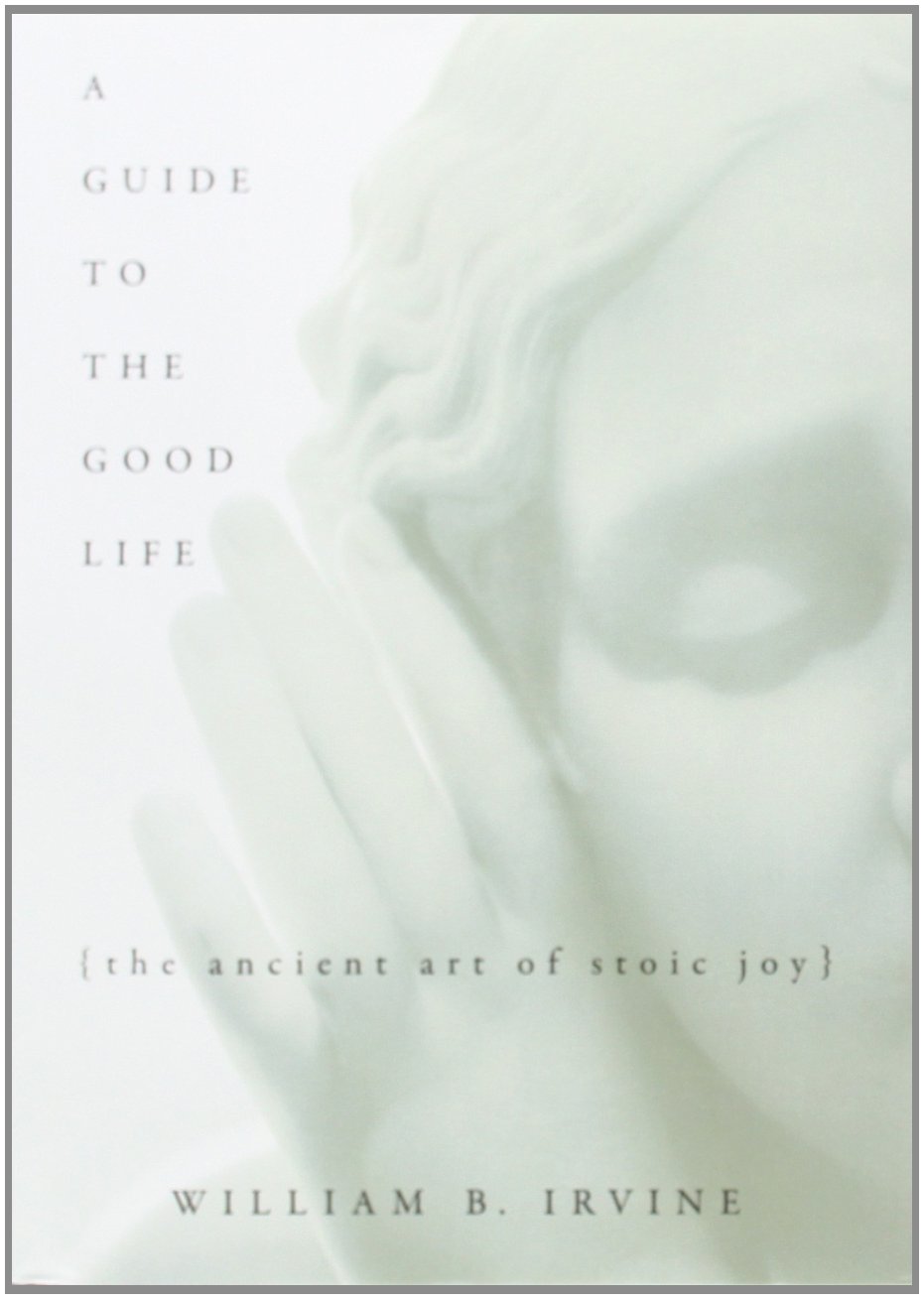 […]This means that although it is true that I might be making a mistake by practising Stoicism, I might also be making a mistake if I reject Stoicism in favor of some other philosophy of life. And I think the biggest mistake, the one made by a huge number of people, is to have no philosophy of life at all. These people feel their way through life by following the promptings of their evolutionary programming, by assiduously seeking out what feels good and avoiding what feels bad. By doing this, they might have a comfortable life or even a life filled with pleasure. The question remains, however, on whether they could have a better life by turning their back on their evolutionary programming and instead devoting time and energy to acquiring a philosophy of life.