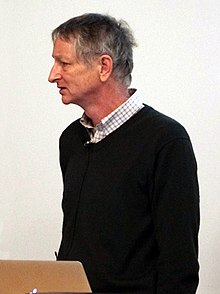 In this interview in a Coursera course by Andrew Ng with Geoffrey Hinton, who according to Ng is one of the “Godfathers of Deep learning”, I found 2 points that were quite interesting and thought-provoking.

When asked about his advice for grad students doing research, Hinton said, at about 30 mins in:

Most people say you should spend several years reading the literature and then you should start working on your own ideas. And that may be true for some researchers, but for creative researchers I think what you want to do is read a little bit of the literature. And notice something that you think everybody is doing wrong, I’m contrary in that sense. You look at it and it just doesn’t feel right. And then figure out how to do it right.

The bolded part, it’s both interesting and hilarious.

On the paradigm shift in ML research

When asked about his thoughts on the paradigm shift in ML research in the past decades, here’s what Hinton said (at about minute 35).

And in the early days of AI, people were completely convinced that the representations you need for intelligence were symbolic expressions of some kind. Sort of cleaned up logic, where you could do non-monotonic things, and not quite logic, but something like logic, and that the essence of intelligence was reasoning.

What’s happened now is, there’s a completely different view, which is that what a thought is, is just a great big vector of neural activity, so contrast that with a thought being a symbolic expression. And I think the people who thought that thoughts were symbolic expressions just made a huge mistake.

Are thoughts these great big vectors? I don’t know enough to have a good thought on this right now, but this paradigm shift is definitely interesting.